The grandest, most extraordinary, if not the most extravagant, of the grand Parisian houses of the 17th century.

The history of the hôtel Salé

The hôtel Salé is probably, as Bruno Foucart wrote in 1985, “the grandest, most extraordinary, if not the most extravagant, of the grand Parisian houses of the 17th century”. The building has seen many occupants come and go over the centuries. However, paradoxically, before the place was entrusted to the museum, it was rarely “inhabited”, but instead leased out to various private individuals, prestigious hosts and institutions. 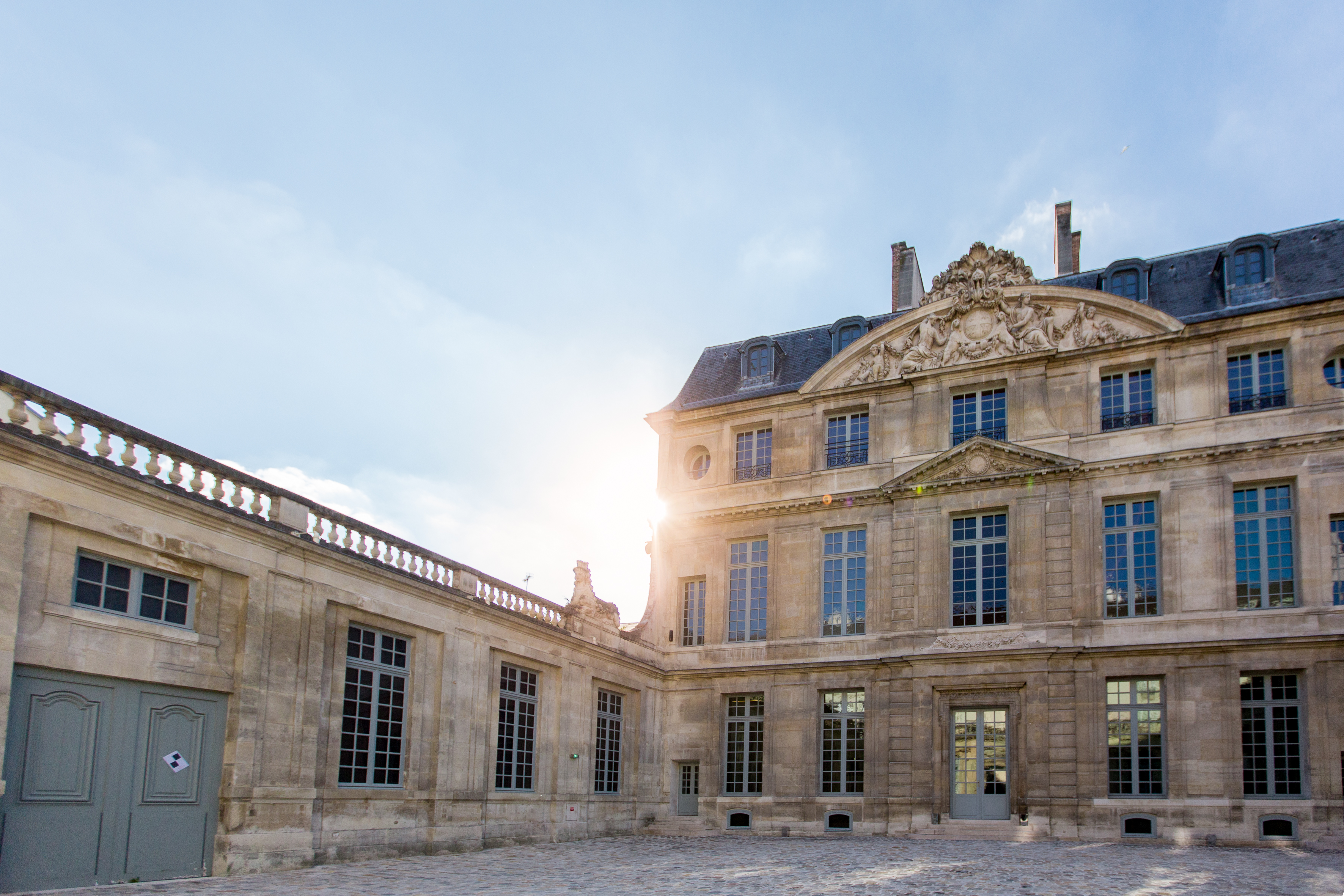 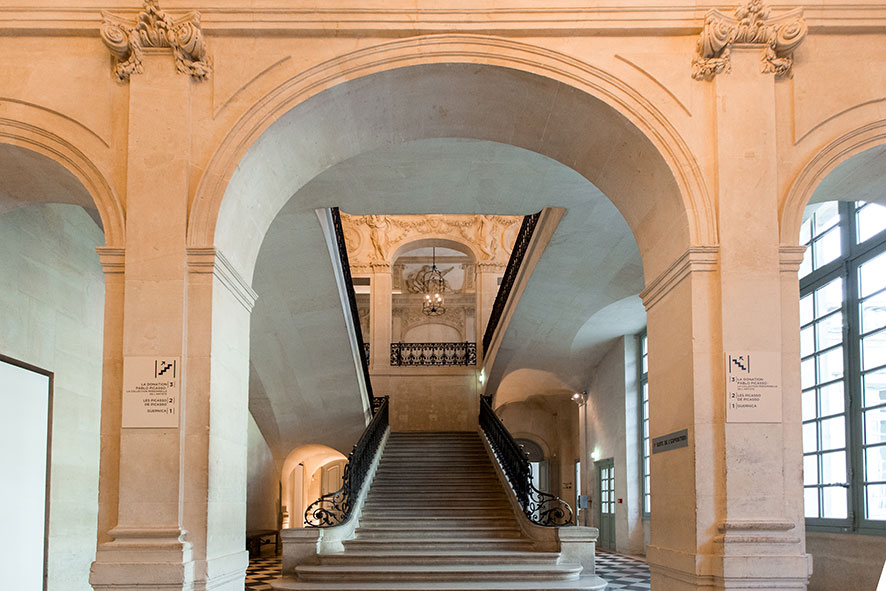 It was built by salt-tax farmer, Pierre Aubert, around the same time as another ambitious construction was realised—Château de Vaux-le-Vicomte by Nicolas Fouquet. Indeed, Pierre Aubert was a protégé of Fouquet. Aubert made his fortune in the 1630s-1640s by various schemes, including an advantageous marriage and the purchase of successive appointments, eventually becoming an important financier on the Parisian market and advisor and secretary to the King. Joining the salt tax offices, Pierre Aubert collecting taxes on salt as a lump sum in the name of the king, consolidated his standing. His position created a name for the house, which quickly became known as the Hôtel Salé (“salé” meaning “salty” in French).

The future owner of Hôtel Salé was therefore a “middle-class gentleman” seeking to assert his recent social advancement. As a site, he chose an area still underdeveloped, and where Henry IV of France wished to encourage construction with the building of the Place Royale. This urban extension of the old Marais (“marsh” in French) bordered the Hôpital Saint-Gervais and its “fields” (cultures) corrupted to “habits” (coutures) worn by the Saint Anastasia nuns. Pierre Aubert, Lord of Fontenay, purchased land covering 3,700 square metres, in the north of Rue de la Perle, for 40 000 pounds from this Order. To design the building, he chose the young unknown architect Jean Boullier de Bourges (or Jean de Boullier), of whom we know little today. He belonged to a local family of stonemasons and his grandfather had already served Pierre de Fontenay’s in-laws, the Chastelain family. Three years later, in the final days of 1659, the work was completed and Pierre Aubert took up his new property. The sculpted décor including the sumptuous main staircase was entrusted to brothers Gaspard and Balthazar Marsy and to Martin Desjardins.

The hôtel Salé is a typical Mazarin building, whose style is marked by a revival of architectural forms, under the influence of new patrons like Pierre Aubert or Nicolas Lambert who a few years earlier had commissioned Louis Le Vau to design his house. The Italian baroque, introduced by Cardinal Mazarin, was in fashion inspiring architects to take new approaches to space, which they combined with François Mansart’s legacy of introducing classicism into Baroque architecture in France. An innovation of the time, the Hôtel Salé comprised two corps de logis, two lines of rooms which extended the building’s surface area.

Its footprint is asymmetrical: the façade giving onto the courtyard is divided in two by a perpendicular wing that separates the main courtyard from the rear courtyard. The courtyard, following a wide curve that energises the façade, reflects the innovations of the time. The façade itself is punctuated by seven open bays to emphasise the central avant-corps on three levels. The classical pediment of the small avant-corps is a nod to Mansart; above it, the immense pediment emblazoned with acanthus, fruit and flower motifs looks towards the Baroque style. The abundance of sculpture (sphinxes and cupids) also suggest the general Baroque character of the façade. The façade overlooking the garden is less ornate.

The central staircase is the masterpiece of the house and has just been entirely restored to its original condition. It is based on the stair plan designed by Michelangelo for the Laurentian Library in Florence. Instead of a closed staircase, two Imperial flights of stairs are overlooked by a projecting balcony and then a gallery. Combining multiple effects of perspective and high-angle views, the staircase resembles a theatre. As for the sculpted stucco, French historian Jean-Pierre Babelon’s description of it as a “sort of physical translation of Hannibal Carache’s paintings in the Farnese Gallery” still holds true with eagles holding a lightning bolt, cupids adorned in garlands, Corinthian pilasters and various divinities vying for attention.

Finally, in 1660, Pierre Aubert de Fontenay purchased various properties that obstructed access to Rue Vieille-du-Temple by their gardens. Among them, a real tennis court housing the Théâtre du Marais from 1634 to 1673, where Corneille created his first plays and for which Pierre Aubert maintained the lease to allow the actors to continue to practise their art.

However, Pierre Aubert was unable to enjoy the sumptuous surroundings for very long, since in 1663 he was brought down by the same scandal that ruined Fouquet, the Superintendent of Finances! After his fall, the splendid house was coveted by a number of creditors. The legal proceedings lasted for 60 years. During this time, occupants included the Embassy of the Republic of Venice before the house was sold in 1728. In 1790, the house was sequestered and used during the French Revolution as a place to store and take an inventory of the books discovered in the local convents. It was sold again in 1797 and stayed in the same family until 1962. During this period, it was leased to various institutions: the Ganser-Beuzelin boarding school, where Balzac studied; the municipal École centrale des arts et manufactures (prestigious engineering school) (1829-1884), which made significant modifications to the building interior; Henri Vian, a master bronze-maker, followed by a consortium carrying out the same activity (until1941), and then, in 1944, the building was occupied by the City of Paris École des Métiers d’Art. The City acquired the house in 1964 and the property was granted Historical Monument status on 29 October 1968. None of its original contents remain. From 1974 to 1979, the hotel was restored and returned to its former spaciousness, before Roland Simounet was commissioned for its renovation. 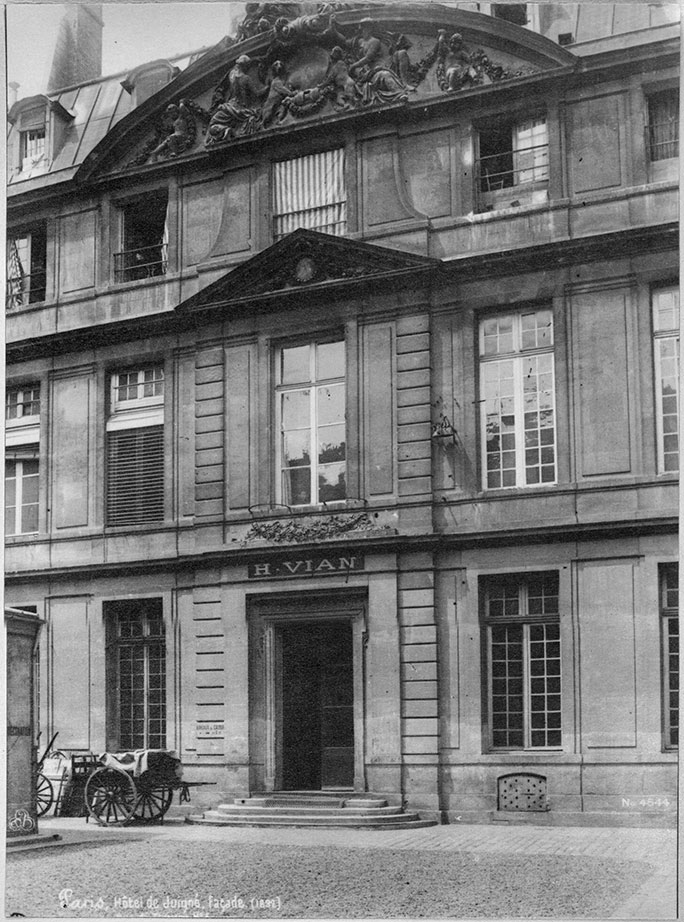 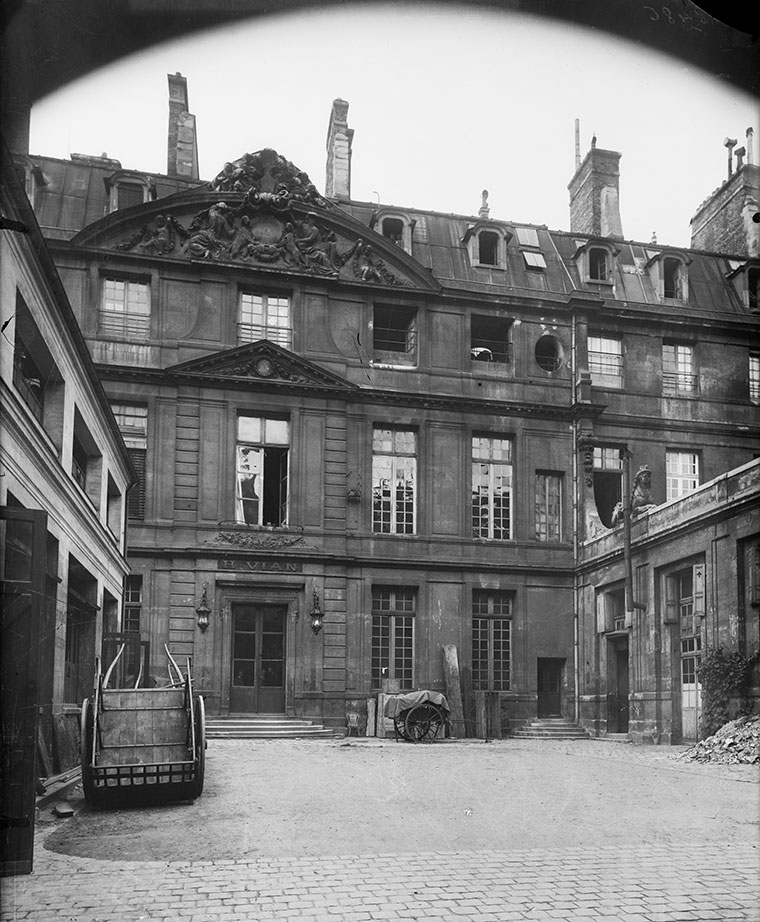 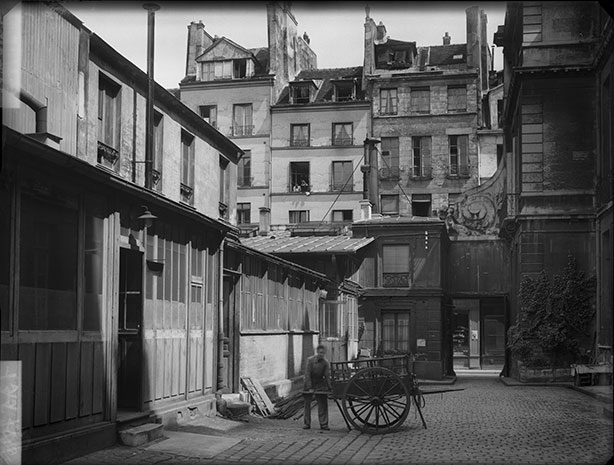 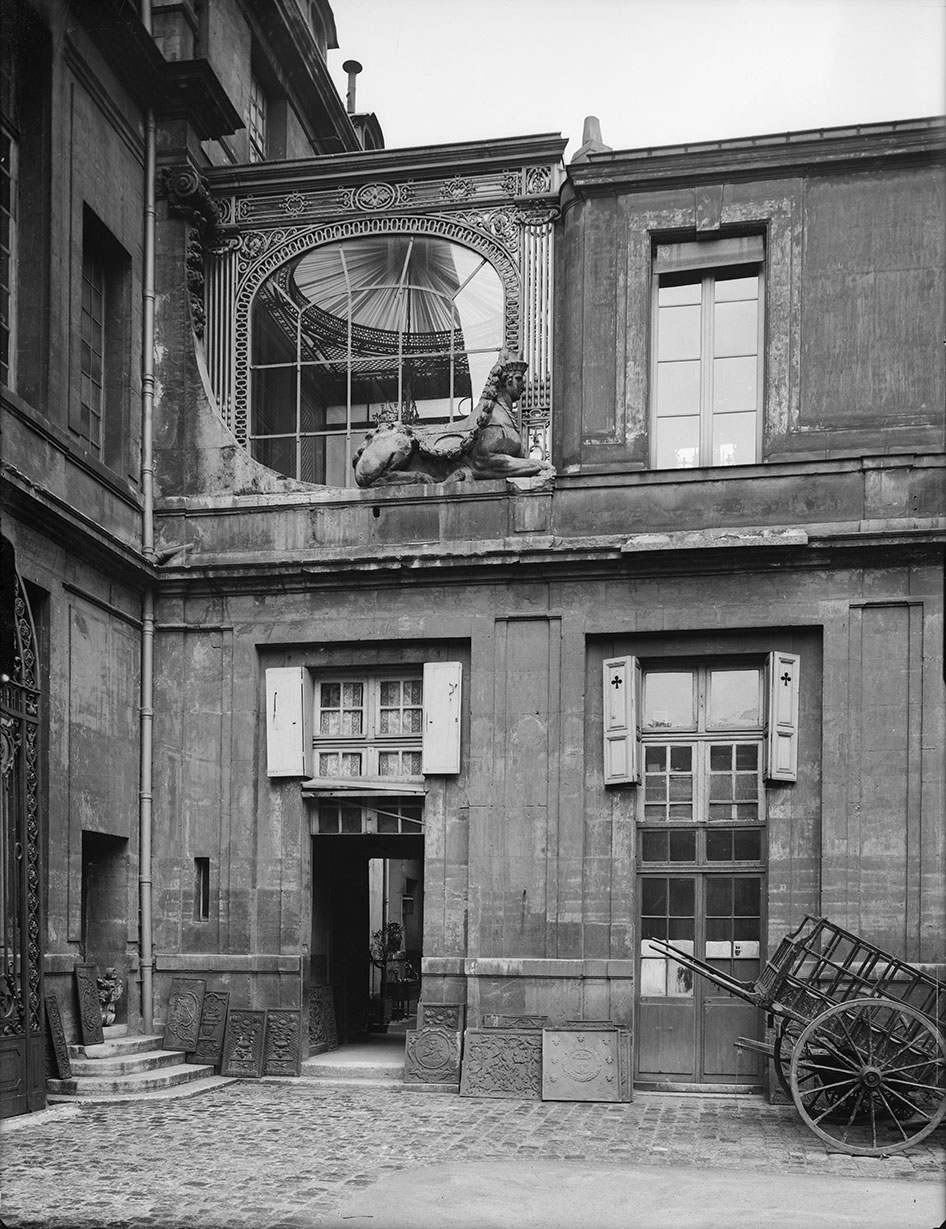